A Welsh man is getting rave reviews from MOTÖRHEAD fans for his pumpkin carved with the likeness of the band's late frontman Lemmy Kilmister. 30-year-old civil servant Stefan Prosser, who began pumpkin carving in an attempt to stave off boredom, told Wales Online: "I'm a massive MOTÖRHEAD nut and it just seemed fitting to do it after Lemmy died in January. "After it went on Facebook though, I had people getting in touch saying they'd forwarded the photo to other members in th

Avenged Sevenfold: "The Stage" is out now

Avenged Sevenfold wrapped up their 3D, virtual reality, 360 degree live concert stream from the roof of the Capitol Records building in Hollywood, Calif., on Thursday night, Oct. 27 (watch the full concert in the Facebook player below), and then promptly announced at midnight ET that their new album, The Stage, is out now, confirming reports from earlier on Thursday that the album would be dropping Friday (Oct. 28). The Stage is available in various bundle options at the band 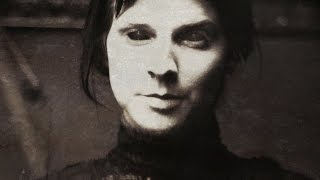 Korn: "The Serenity of Suffering" is entirely available at YouTube

KORN's new album, "The Serenity Of Suffering", can be streamed in its entirety in the YouTube playlist below. Released on October 21, the follow-up to 2013's "The Paradigm Shift" was helmed by Grammy Award-winning producer Nick Raskulinecz, who has previously worked with FOO FIGHTERS, DEFTONES, MASTODON and RUSH, among others. The CD features a guest appearance by SLIPKNOT frontman Corey Taylor on the song "A Different World". "The Serenity Of Suffering" marks the band's ret

Metallica have announced that they’ll release their new single Atlas, Rise! on Halloween. It’ll be the third track lifted from their upcoming 10th studio album Hardwired… To Self-Destruct – which will launch on November 18 on 2CDs along with a deluxe edition featuring a third disc. Metallica previously released Hardwired and Moth Into Flame from the follow-up to 2008’s Death Magnetic. The band say in a statement: “No surprises this time around! We’re giving you some heads up

Halloween falls on a Monday this year, which likely means all your costumed partying will be behind you. So what’s the plan for All Hallow’s Eve? If you didn’t have anything penciled in, now you do! Zakk Wylde‘s Black Sabbath tribute band Zakk Sabbath will be performing a sold at show in Brooklyn’s legendary St. Vitus club, offering up a live stream of the full event for free! Currently on the road supporting southern rock veterans Clutch through Oct. 30, Zakk Sabbath added

Iron Maiden are currently enjoying some down time after wrapping up an exhaustive world tour over the summer. The band recently launched the Trooper Red ‘N’ Black porter, the latest addition to their craft beer line and bars around the world have begun to stock up. Singer Bruce Dickinson surprised a local Cardiff crowd on Thursday night (Oct. 19) when he dropped by to pour fans some pints off the freshly installed tap! As seen in the video above, fans crowded the bar inside F

The Duke: Lamb of God's EP In Memory of Fallen Friend

Lamb of God won’t be letting 2016 go without a new release. To pay tribute to a friend of the band who passed away from cancer, Lamb of God will put out The Duke EP in December. The Duke will be released in remembrance of Wayne Alan Ford. After being diagnosed with leukemia in 2010, Ford spent years battling the disease before succumbing to it in 2015. Randy Blythe took inspiration from his friendship with Ford to write a song called “The Duke” during the writing sessions for 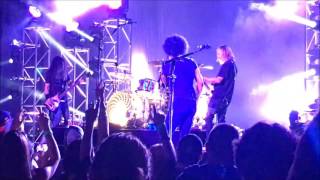 Fan invited to play drums with Alice in Chains

It’s a dream that many music playing fans would love to accomplish, so how did Kurt Friedenberger end up playing drums onstage with Alice in Chains during their recent show in North Charleston, S.C.? He wore a t-shirt asking to do so. Alice in Chains’ resident blogger Baldy relayed the events to readers, stating, “Today’s lesson is about following your dreams. And persistence. And about getting lucky. All of these things were on display in Charleston, S.C. last night (Sept. 2

METALLICA bassist Robert Trujillo was interviewed on the September 19 edition of "Whiplash", the KLOS radio show hosted by Full Metal Jackie. You can now listen to the chat using the widget below. On spending several years to write and record the music for METALLICA's new album, "Hardwired…To Self-Destruct": Trujillo: "Well, you know, as you get older, in life you have more responsibilities, and a lot of times that has to do with family, which is a good thing. Kids are great.

Soundgarden have confirmed a new ice cream flavour called Black Hole Rum will launch on October 30. Made by Seattle's Full Tilt Ice Cream shops, it's the latest flavour in the gelateria's Icon Series – described as "a rum ice cream with a dark fudge swirl." The firm's owners, Justin Cline and Ann Magyar, are said to be longtime fans of the city's rock scene. They'd previously created their Mudhoney flavour in 2013 – inspired by the Seattle alt-rock band of the same name. Soun
1
2